yarn: a narrative of adventure, a tale, a story, a myth, a chronicle, a good thing for your imagination! 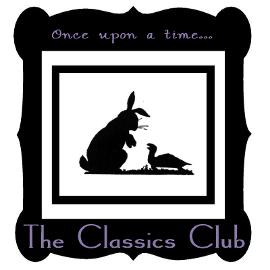 There is nothing like being immersed in a great story!

Your imagination running wild from the first letter of the first line to the final period.

Reading is one of the most popular pastimes and for good reason.

It isn’t every day a dragon flies through your village and whisks you off to a distant island full of pirates, brave knights, and beautiful palm trees heavy with coconuts.

Unless, of course, you are reading a book!

Thousands and thousands of amazing tales have been told from the dawn of time.

The greatest storytellers have always had a way of igniting one’s imagination and bringing them deep into the story and helping kids and adults alike see a wonderfully, fanciful world apart from the one they live in.

In this series, The Classics Club, all of the books we cover were written at least 100 years ago!

Over the centuries, children from around the world have been entranced by the very same stories, characters, and magical worlds you are about to discover.

Perhaps, many of these stories entertained your parents and grandparents when they were your age.

Maybe you have already read some of these classic tales as well! If not, you are in for a real treat!

This Daily Yarn is protected by copyright law.

Copyright Information
Back to August's Book 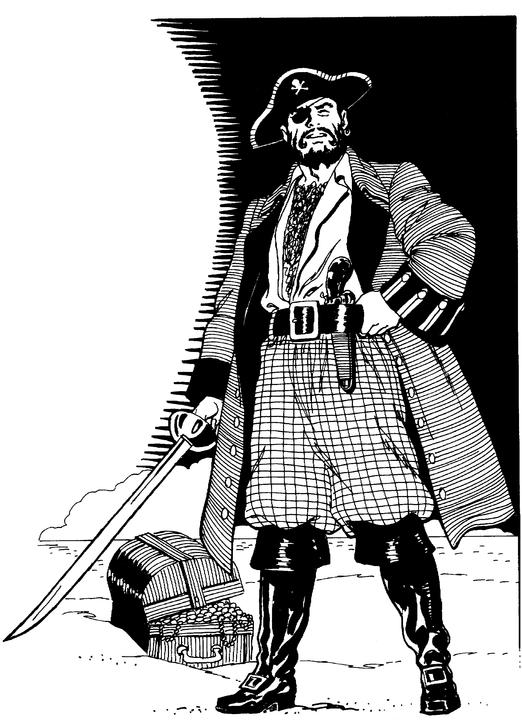 By Robert Louis Stevenson
(Published in 1883)

“Seaward ho! Hang the treasure! It's the glory of the sea that has turned my head.”

Robert Louis Stevenson was born in 1850 in Edinburgh, Scotland. Unhealthy in his youth, Stevenson wasn’t able to attend school on a regular basis. He first learned how to read at age seven or eight! Prior to reading, he would tell stories to his family and nurses. When he did learn how to read and write, he became obsessed with writing stories.

By the time Stevenson was an adult, he had become a “celebrity” in the world of literature. Stevenson wrote some of the most influential books of all time. His stories, such as Treasure Island and The Strange Case of Jekyll and Hyde, would serve as inspiration to many authors and the tales they wrote.

Stevenson loved to travel and found beauty and intrigue in the places he visited and the people he met. Such is the case for Treasure Island, the granddaddy of all pirate adventure stories!

Set in the mid-18th century, Stevenson’s young Jim Hawkins lives with his parents in the seaside village of Black Hill Cove. Jim’s parents are the owners of the Admiral Benbow Inn. One night, an old seaman comes staggering through the doors of the inn singing off key, "Fifteen men on the dead man's chest--Yo-ho-ho, and a bottle of rum!"

While taking care of Bones, Jim learns about who he was before he came to the inn. Bones was a pirate and now some of Bones’s old crewmates want his sea chest. Awhile later, another old crewmate shows up at the inn, a blind man known as Pew. He hands Bones a letter that demands he give up his booty “or else.”

This demand pushes Bones over the edge and causes him to suffer a stroke and die. Jim and his mother decide to open the sea chest in Bones’s room to cover the room and board Bones owed them.

They weren’t even finished counting the money Bones owed them when Jim and his mother hear pirates approaching the inn. They were forced to hurry up and leave before the pirates discover the sea chest had been opened. Before rushing off, Jim grabs a packet from the old sea chest.

The pirates force their way into Bones’s room. They open the sea chest and notice what they were really looking for wasn’t there-the packet!

Later, Jim brings the packet to a local man, Dr. Livesey. With the help of Dr. Livesey and Squire Trelawney, Jim realizes what is in the packet-a treasure map! And so, Jim’s journey and high seas adventure begin.

If this story sounds like something you would like to read, I encourage you to head on over to your local library and check the book out. As an alternative to just “renting” the book for a bit, you can add it to your personal collection by purchasing the book at a bookstore or online. Classic books never go out of style!

A great place to start with these classic tales is the book series, Classic Starts. Classic Starts books are easy to read and understand for readers, like you, who are just launching into the fabulous world of reading. They are a perfect introduction to the most amazing stories, tales, and adventures you are sure to read, love, and cherish!